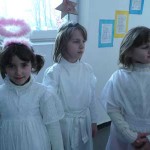 David Bisset is EQ’s chief executive. Here he writes on the subject of EQ’s educational approach.

‘The promotion of Experiential Education is in tune with the times but I dislike the mystique that is currently attached to the word ‘experiential’ by devotees to a method that is too often touted an ‘enlightened’ alternative to the traditional didacticism of the classroom. Neither regime can produce optimum results without the support of the other.

Subjective experience has its limitations. Children raised among Nature in a small agricultural community are no better preparedintellectually for a life as an agriculturalist, ecologist or veterinarian than city kids unless their early, formative years involved the systematic arrangement of experience and assistance with reflection, interpretation and conceptualization.

On the other hand, Prof. Ronald Dore describes classroom cramming – ‘mere qualification-earning’ as he calls it – as being ‘ritualistic, tedious, suffused with anxiety and boredom, destructive of curiosity and imagination; in short, anti-educational.’

An expert in Experiential Education is, basically, adept at facilitation or ‘stage management’ – making things happen and helping students recognize the lessons that are imbedded in the scenario. The mentor is a fellow traveler with a deep understanding of the terrain and the ability to leave signs along the way.

Yet, to undertake life’s journey successfully, voyagers need to know how to interpret, communicate and calculate. Memorization of rules and systems is needed if a person is to become numerate or literate. Rote learning is legitimately used in the mastery of foundational knowledge – mastering phonetics in reading or getting to grips with multiplication tables.

EQ works with children whose progress along life’s path is faltering because of a knapsack full of difficulties – circumstantial, emotional, intellectual or physiological. They are all isolated and desensitized in one way or another – overly passive in relation to the world around them or intransigent and resistant.

We explore the outer limits of both the experiential and didactic approaches to education so as to encourage engagement and self-awareness.

I’ll try to explain how we come to identify the therapeutic quality of educational routines.

In 1890, the philosopher, William James, distinguished between involuntary attention and directed attention. Basically, he meant that becoming fascinated or entranced and paying close attention are different cognitive functions. It has since come to be believed that the opportunity to lose yourself once in a while makes it more likely that you will be able to pay attention on demand. Involuntary attention has a restorative effect on the brain. Day dreaming is good for you.

A few years ago I supervised a children’s camp. During the first evening, we had a storm. In Bulgaria, the electrical storms that arise during hot periods are, almost inevitably, preceded by strong winds.

As the group was scuttling around in the gale tightening guy-ropes and generally battening down the hatches, I noticed one boy sitting on a log. His beautific smile told me he was utterly at peace with himself. I was sure that his obvious happiness was a result of his being buffeted by the gale and I thought – ‘Eureka!’

Despite being fifteen, this lad had reached the level of academic attainment normally associated with a ten year-old. In a group, he became agitated – distressed even. Attempts at communication tended to be slow and painfully laboured. I had been told that he had problems ‘paying attention’.

Psychologists encourage children that have difficulty in ‘paying attention’ to monitor their own behaviour and to use their intellectual capability to squeeze shut the little gates inside their brains – the neural inhibitors – so as to block out all those conflicting stimuli that make concentration so challenging. This is supported by a behaviour modification routine that is usually based on the reinforcement of desired behaviours and the ignoring (as far as possible) of undesired ones. In essence, children are bribed to force themselves to concentrate. Results are variable.

During my ‘Eureka’ moment I’d seen how a phenomenon that had the power to immerse a child can do a very good job of blockingan open gate. There had to be therapeutic mileage in this.

Nature therapy – utilizing the quieter aspects of Mother Nature’s personality for the purpose of rejuvenation – is something most of us make use of unconsciously. I suspect that, once fully researched, Immersion Therapy can be used purposefully to assist chronically inattentive children. Being exposed to the elements; fording a river; being surrounded by phalanxes of tall trees – the natural world is capable of assailing any of the five human senses and refusing to be ignored. Ask any alpinist or scuba diver.

There is a point of cross-over between directed and involuntary attention as demonstrated by meditation techniques that involve self-hypnosis. This overlap enables people to register the sensation of being engulfed by one of nature’s big experiences and reproduce it so as ‘trick themselves’ into paying attention to the type of experience that normally demands directed attention. I have already seen signs that, by means of immersion, kids can ‘train’ themselves and reach a level of mindfulness that improves their ability to deal with circumstances and, indeed, issues that, previously, they found challenging.

This is one example that shows that EQ’s approach is anything but formulaic or ‘based on the manual’.