A partnership for the children between “Equilibrium” and TS “Prista” 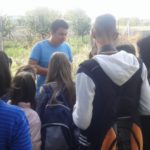 In October, 10 children attending social services at the Children’s Center and Social Services for Children and Families together with students from two schools in the city participated in a one-day educational trips on the project of Tourist Society “Prista”. The project`s name is “Dunav – the blue school”. The aim of the trips was to get acquainted with the biodiversity of wetlands, the conservation of endangered plants and animal species.

On October 14th 2017 the children, together with their leaders visited the research station of the Institute of Biodiversity and Ecosystem Research next to the village of Nova Cherna, where the ornithologist Strahil Peev shared his experience and showed how birds are captured, explored and ringed. We also observed pairs of red angels – a globally endangered species whose population is aided by the activity of this station. Later that day the children visited the Museum of Danube Fishing and Shipbuilding in the town of Tutrakan, where they learned and saw exhibits related to Danube fishing.

On October 28th 2017 the children visited nature park “Persina” in the town of Belene. They also visited the town of Svishtov and the “Pametnitsite” area. The children had an exciting meeting with the representatives of the Bulgarian Society for Protection of Birds – Svilen Cheshmedzhiev and Ventsislav Panev, who told them about the biodiversity in the park and held a demonstration in the Visitor Center in Belene. The children watched different birds with binoculars. In the immediate vicinity you could see the Danube islands “Goliam Persin”, “Sturetza” and “Tuvalu” as well as the beautiful sandy-haired river between them. On the way from Ruse to Belene as well as on return, two more objects were visited in the town of Svishtov – the historical site of the Monuments and the house-museum of the writer Aleko Konstantinov.

A heartfelt thanks to our friends from TS “Prista”, who once again included us in their project activities and allowed the children, using the services in the complex, to get acquainted with the biodiversity in the humid areas with protected plants and animals and to expand their knowledge on the field by communicating with nature. 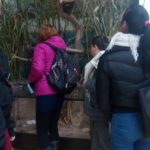 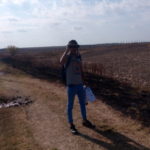 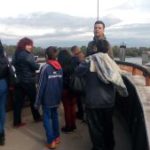