Showcasing the work at Ruse’s Complex for Social Services 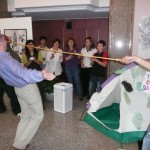 On Friday, 9th October, 2009 Equilibrium and the Open Society Club hosted an event in the public reception area of Ruse’s theatre complex.

They were joined in the venture by their valued media partner, Arena Media, for a very important reason (please read on).

Before the EQ team made their various presentations, the audience was addressed by his Excellency, Geoffrey Keating, Ireland’s ambassador to Bulgaria whose informal visit to the social services complex during 2008 was hosted by EQ. He complemented the municipal authority for their efforts in childcare reform. Mr. Keating’s message was reinforced by Ilyana Malinova, deputy executive director of the national Agency for Social Assistance who was accompanied by Georgi Simeonov, the first ever programme manager of the complex. Ivan Grigorov read an address from the district governor to whom he acts as deputy.

The presentations were delivered by two senior members of the EQ team, David, our chairman (assisted by Desi, the operations director) and Nadia who manages the social support centre. Both their presentations are featured on the website and they focused on the potential for driving forward childcare reform by pursuing excellence in service delivery in a spirit of optimism and cheerfulness.

EQ has a history of fruitful collaboration with Arena Media. The Arena team had been working hard during the past weeks to film our team at work. Their sensitive and uplifting documentary was premiered during Friday’s event – a potent antidote to the pessimism that so often prevails in the presentation of childcare provisions in Bulgaria. It’s on the website – check it out.

The event culminated in coordinated but noisy ‘street theatre’ during which children put heart and soul into performing a series of sketches that conveyed the message contained in our short article ‘Playtime’ (see Publications).

Such an undertaking as Friday’s performance involves a great number of people working behind the scenes – team members, partner organizations and service providers and we are very grateful for all their efforts. We are also grateful to all our partners and friends who attended. 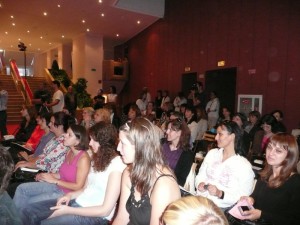 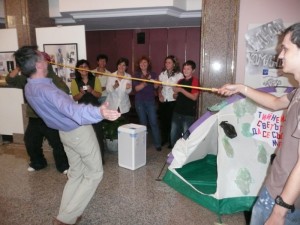 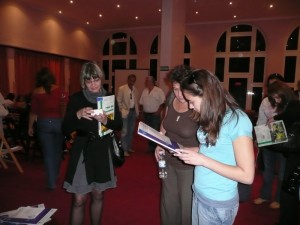 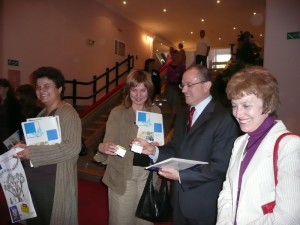 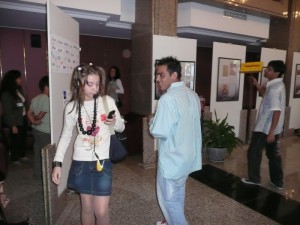