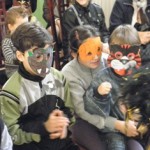 Vampires, ghosts, bats, witches and other scary creatures burst into the complex and knocked on the doors of the Department of Child Protection with the question “Trick-or-treat?”

Halloween in the complex is always one of the most exciting events for children and adults alike. The children had been preparing themselves over the course of a week, every day adding new details to their costumes while the adult team thought up the messiest possible games involving spaghetti, flour and yucky pink stuff. Indeed, on the day, several team members ended up being mummified – wrapped head to foot in bandages in one of the year’s funniest races.

As tradition requires, the group stopped by the Child Protection Office to play trick-or-treat and they managed to collect lots of candy in their bags in exchange for jokes and songs and to perform some tricks too.

The event was rounded off in traditional fashion with pumpkin pie for all.

We’d like to thank Arena Media for their customary support. 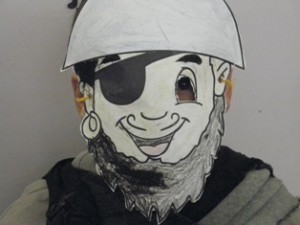 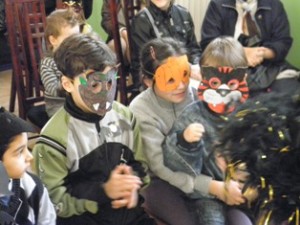 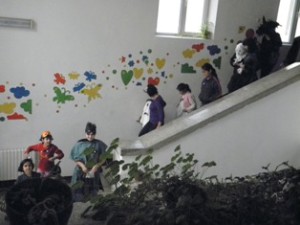