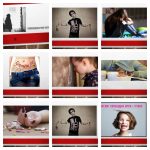 On Friday 7th June, representatives of Ruse‘s social services came together with school psychologists and pedagogical advisors to consider ways in which we can improve our collaboration to support vulnerable teenagers.

The meeting had been requested by David Bisset who had become concerned about features of recent cases discussed during supervision sessions with a number of groups representing different parts of Equilibrium’s network of social services. There is a clear pattern suggesting that teenagers under the age of 16 are being “used as puppets” by criminal groups in the city. There are signs of a style of orchestration that no longer suggests that the waywardness of certain teenagers leads them towards trouble. Rather, it looks as if trouble lies close to the school gates and that youngsters identified as vulnerable are being routinely picked out by criminals leading to involvement in theft, narcotics and prostitution.

According to David, if criminal gangs are using “intelligence” and have the capacity to target youngsters with specific vulnerabilities, educators and child protection officers need to devise early intervention and prevention strategies. We need to “get to them first”.

Regrettably, the overall response was pessimistic and the group identified significant factors that prevented effective screening for vulnerability among teenagers and positive early intervention.

In his opening presentation, David looked at global trends in teenage vulnerability and – especially – the large studies done by social psychologist Jean Twenge and her colleagues. Increased levels of anxiety disorders and depression do not appear to be linked to higher levels of child poverty.

David focused on two features of modern life that deprive teenagers of a sense of self-efficacy and control over their lives. Both cause sleep deprivation meaning that the demands of daily life become overwhelming –

Those in the age-range 8 to 16 seem to be especially vulnerable.

Parents and teachers need to encourage responsible use of social media. Youngsters reveal too much on Facebook.

Members of society tend to turn a blind eye to teenage behaviour in public places.

Criminal gangs appear to operate with impunity. “Everybody knows who they are.”