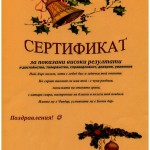 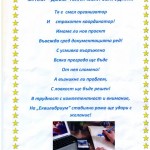 When we take care of little things, the big things often look after themselves.

EQ is not the same organisation that it was, say, two years ago. By taking on the management of new social services, we have virtually doubled our workforce. We also have big plans for the future.

It felt like a good time for senior managers to chat the staff – individually or in groups – about the things that happen in their working lives on a day-to-day basis. This wasn’t about problem solving. It was about getting better in the way we do things. When accumulated, lots of simple improvements – those that may seem small and trivial in themselves – can have a significant effect on an organisation. We asked people for their recommendations.

Following the discussions, to bring a successful year to a close, we brought the whole team together to celebrate our achievements.  The date was December 11th and the venue was a Serbian restaurant with lots and lots of space. There are almost seventy of us now and we added to the number by inviting friends of EQ. The Open Society Club was represented by Mikaela and Lora. Tzvetan Dimitrov came all the way from Cherni Vit to be with us. Colleagues, Annie Venkova and Pencho Dakov joined us. 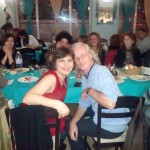 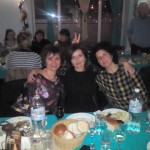 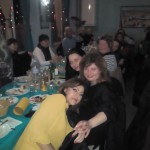 Over and above the food, music and dance, certificates were distributed to all staff. Having picked names from a hat, each team member was asked to compile and decorate a certificate for a colleague focusing on that person’s qualities and personal contribution. EQ partners also received certificates.

The exercise described in the above paragraph sounds childish and perhaps it is. It’s meant to be fun but that does not mean it’s trivial. EQ has a policy of positivity and this attitude was borne out in the texts and images that team members created that showed a great deal of mutual respect and created an atmosphere of warmth and affectionate that made the evening special.