A Burns Supper at the Ruse Complex 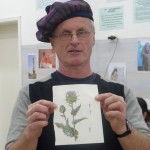 Ed Catmull is president of Pixar Animation. He refers to the organisation he helped to found as “Creativity Inc.” and it is clear that he is proud of a company in which “anybody can talk to anyone about anything.”” This is an expression of a core philosophy concerning open communication that allows ideas and suggestions to flow freely around the company with no barriers created by personal status or departmental demarcation. Steve Jobs designed the Pixar headquarters and it’s a building full of informal meeting places. The layout makes it almost unavoidable for employees to cross paths irrespective of their status or the department they work for.

Recently David remarked that EQ is an organisation with an extraordinary task orientation. As a team, we are good at getting things done even when these tasks are complex and involve detailed preparation.

We have a multidisciplinary team operating in a heavily diversified work environment. How can we sustain a thinking-and-inventing orientation that takes advantage of this broad diversity? Recommended methodologies and traditional practice tend to encourage teams to work in isolation according to discrete function.  Do these functions really need to be discrete from one another?

January 25th is the day on which Scotsmen the world over celebrate the birthday of Robert Burns, the “people’s poet”. Galya suggested a Burns’ Supper as an idea for the team to have fun together: “Everybody come along. Wear something tartan”, she said.

David interpreted the proposed event differently. Here was an opportunity  to start a campaign celebrating the diversity of our activities and the people that make them happen. Professional designations are important but – in the context of team work – so are personalities, talents and personal interests. David is Scottish and proud of it – he quickly corrects people who suggest he is English because of the language he speaks. As a singer of Scottish folk songs, he understands the 18th century Scots dialect and is able to reveal the truth that lies behind the popular image of Scotland involving tartan, whisky, haggis and Robert Burns. 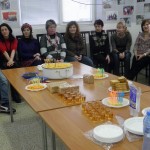 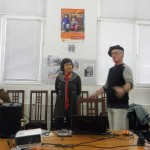 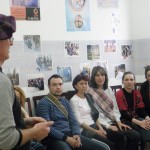 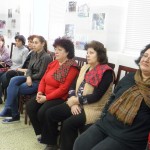 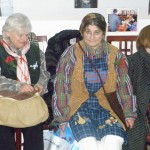 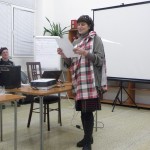 We tracked down haggis in Sofia thanks to an English expat who imports luxury items from the UK. David supervised in the kitchen while members of our team prepared the vegetables that traditionally accompany the haggis – mashed potato and turnip. He likes to add some secret ingredients.

As they ate, guests watched a video showing how haggis is made. It did not appear to ruin their appetite and – as they continued with Scottish cheeses – they enjoyed a selection of Burns’ songs each explained by David. Did they know that the popular Bulgarian song “Anna’s Kiss” was derived from a poem by Burns – “The Golden Hair of Anna”?

It was a night of nonsense and the clinking of glasses that ended in a poetry recital by Elena.

Hopefully, David has provided the encouragement needed for others to reveal something about themselves. We look forward to more fun and games as we celebrate the diversity in our team.