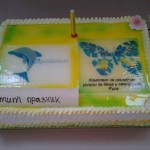 On 11th October, young clients and staff from the Ruse complex shared a giant birthday cake with a variety of people who had come to help sing “Happy Birthday to you”

Parents, foster carers, partners and colleagues from the childcare sector including key representatives of the local deinstitutionalisation coordination mechanism who were provided with a vivid example of the community-based alternative to residential care for children.

It was a dual-purpose cake because, as our compere, Elena Petkova, pointed out we were celebrating two birthdays. On 29th September, Equilibrium reached the lofty age of 9 and the complex was officially opened on 3rd October, 2005 making it 8 years old. David Bisset, EQ’s chairman, remarked that we are like two young friends who have grown up together.

Audience members were the first to see EQ’s new publication – ‘’Games and Adventures for Little and Large” – by way of a slide show given by Galina Bisset. The book illustrates the myriad ways we work with children in educational, therapeutic and social contexts – a rich and diverse repertoire that has its roots in the period before EQ was started when seeds were sown in Bulgarian by Save the Children to be nurtured over the years by the EQ team.

No event at the complex would be complete without a contribution by our young performers some of whom seemed to have been magically transformed into mice by the witches among our personnel.

We take this opportunity to thank the Lazarovi Dance School for the pleasure they continue to provide to our young clients. Many thanks also to Ven Mihov from Arena Media whose expertise with the sound system adds a certain something to kids performing hip hop. 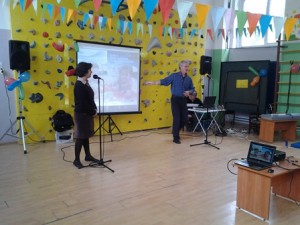 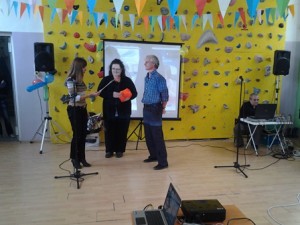 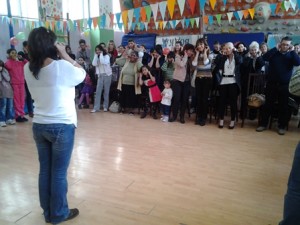 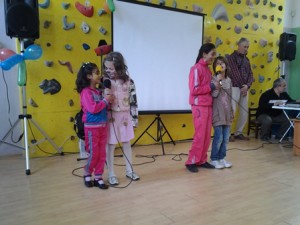 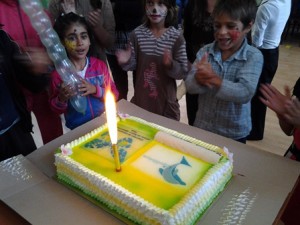