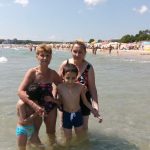 For another year, the children and young adults from the Pink House, managed by Equilibrium, had the opportunity to touch the warm sunbeams and the caressing sea waves.

In July, 2019 six of them, accompanied by six carers, went on a health camp in Eco-Centre “Rodni prostori” in Primorsko. The children, the young adults and the carers experienced unforgettable summer adventures, enjoyed the warm and friendly attitude of the staff and the other children in the Eco-Centre. During the so-called Neptune night and the organized daily activities with the animators our children were the subject of special attention, given the opportunity to express themselves before the others and be encouraged with prizes.

The other six children and young adults, accompanied by four adults from the team went on a summer camp in August, 2019 in Tyulenovo, Shabla. There they rushed into long-awaited summer adventures and made their seaside dreams come true. Good vibes and happy moments affected everybody. A Sea King and Queen were announced during the Neptune night. And when the weather was not suitable for spending time on the beach, the children and the young adults, with the help of their carers, visited the local attractions in the village of Tyulenovo and Shabla, as well as the Yard of the Cyrillic Alphabet in Pliska and Cape Kaliakra.

We would like to share something that happened during that summer camp, which warmed the children’s souls and strengthened our faith that goodness, hope and purity haven’t lost their true meaning. During one of the visits of the sights in Shabla, while the carers wondered how to cross the busy street together with the children in wheelchairs, two Roma boys (there were many people around, who just passed by) stopped and offered to help, taking every child safely across the street. And during one of the walks in Tyulenovo we witnessed a romantic moment – newlyweds, standing on a great big rock, sunlit, and behind them – the endless sea. We all took this as a good sign of fate, which will accompany the children everywhere they go.

Equilibrium would like to thank all our friends, followers and firms that made it possible for the children and young adults from the Pink house to go on a summer camp. Thanks to your support we provided the transportation of the children on both camps. Thank you! 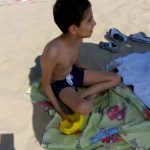 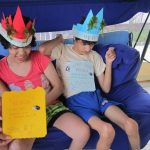 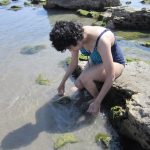 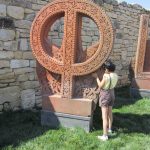 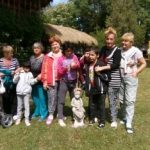