Christmas in the Social Services Complex 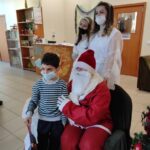 To aid the brightest of Christmas celebrations, Santa Claus dropped in to the Ruse centre for working with street children. It soon became apparent that he needed the help of parents and children because Rudolf had got himself stuck in the snow. Guitar music helped him stay calm while two teams set about the rescue mission. Father Christmas and his three helpers – Snow White, Snowflake and Jujanka were welcomed by the children and the service team although there were no hugs because of anti-epidemic measures.

We’d like to thank two organisations for their donations – Operation: Teddy Bear and Make Magic: Give to each and Every Child. Books and toys were handed out after the fun, games and party treats ended.

We’d like to wish every child and family health, happiness and a very merry Christmas! 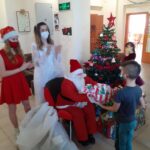 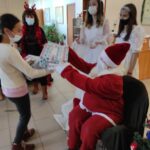 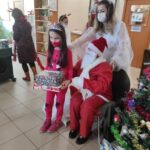 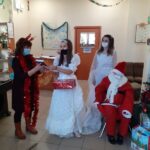 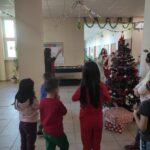