Equilibrium believes in the power of networking. It is a way in which human and material resources can be accessed and brought together in different combinations to make big things happen.

As an organization, EQ has the capability of working creatively with its partners to provide facilities, vehicles, equipment, media coverage, professional expertise and enthusiasm in support of teenage initiatives.

Our work with teenagers has revealed a common source of discontent – youth club activity at school or in the community is all too often oriented towards preparation for public performance of the grooming of champions meaning that Average Joe or Josephine ends up excluded and disenchanted.

Could EQ succeed in putting its networking capability and organisational resources to good use by supporting the initiatives of teenagers? We focused on two areas – the Music Academy supports teenagers who want to perform or engage artistically with the public while the Creativity Centre helps teenage entrepreneurs and activists to get their ideas off the ground.

A key component of this initiative is the integration of young clients of the social services complex into community based initiatives while encouraging students from the city’s schools to both run their own projects and support the fundraising and club activity at the complex.

To encourage students to act autonomously and to work productively in coherent teams, a team from the complex provided workshops on the subjects of project design and fundraising .to students drawn from the city’s schools of European Languages, Fashion and Design and Tourism and Catering. Additionally, under a separate project organized by the local education authority, David taught members of class 9B of the European Language School aspects of marketing, public relations, communication and event organization.

Here is a summary of our efforts that started in January 2012 and continued to the end of the school year in June. 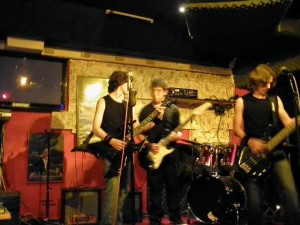 Inspired by the EQ workshops –