The EQ team that included children and volunteers was acknowledged as one of the most active and interesting participants in the second Uzana Festival.

The charity stand called “EKOtvoritelnost” and associated workshops for products from waste and natural materials were among the most visited attractions on the meadow. Dozens of children, participants and guests of the festival created their own products under the guidance of the staff and volunteers, while others simply left contribution in the donations box and took products made by young clients of the complex, foster parents and volunteers.

The fantasy game prepared by the team – The Wandering Minstrel – attracted a large group of children (and several grown-ups) who helped the Minstrel to get free from the evil magic that had taken his voice. Following woodland paths in search of the good fairy and with the help of two witches, the children met with vampires and spiders, learned interesting new things about their history and folklore and enjoyed an adventure that culminated in the minstrel’s finding his voice and leading songs in English and Bulgarian.

EQ took the festival stage to provide a unique demonstration of the products created during the day using a combination of waste and natural materials. Our message linked the idea of Equilibrium with the sense of balance between man and the nature and provided many new ideas for using items that we usually throw in innovative ways to create artworks or useful gadgets.

The training on Experiential Learning was designed for a group of 10 teachers from Gabrovo, but also provoked interest among representatives of organizations from all around the country who actively participated. Divided into two groups, the adults had to deal with the difficult task of inventing games appropriate for castaways in the wilderness that were both entertaining and educational for children using only shells, pebbles and sticks. The games invented were given top marks by the child jury that put them to the test.

Thanks to the efforts of all participants from Equilibrium, we raised 509 lv. from the charity stall. The amount will be used to support group work with children in the Ruse complex. The festival experience provided many new friends and supporters and also suggestions for joint projects and initiatives with other organizations across the country. 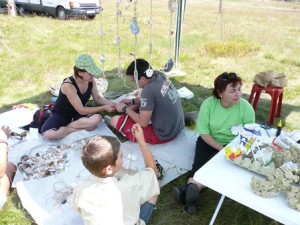 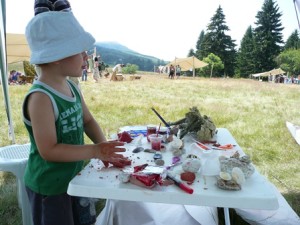 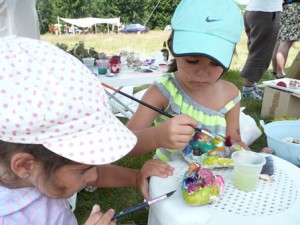