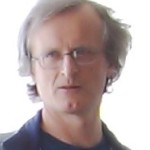 The meeting took place in Busteni, Romania and was hosted by the branch of World Vision in that country. Besides Bulgaria, the other country’s represented were Albania, Serbia, Kosovo, Moldova, Cyprus, Italy, Armenia, Azerbejan and Lebanon.

The event had two purposes. Although most participants were experienced in advocacy and high-level negotiation in the field of child rights, they took part in a rigorous training to improve their skills and to enable them to perform effectively in challenging circumstances. This seminar was presented by Valeleriu Nicolae, an internationally renowned Roma activist and communication expert.

The second reason for meeting was to bring together the members of the steering committee of Childpact, a coalition currently featuring 8 national networks of over 500 NGOs working with or on behalf of children. David is on the managing board of Bulgaria’s National Network for Children and was representing the organization. This coalition draws on the shared experience and common purpose of organizations working to improve the lives of children in those countries clustered around the Black Sea.

Childpact will be officially launched at a high level event in Brussels in June next year and the team in Romania was joined by Olaf Bruns, a senior executive from Euronews and Alexander Muterko from the Brussels office of World Vision to help plan this event. The main ambitions of Childpact are to promote intergovernmental cooperation in the region on issues relating to child rights and welfare and also to create a regional funding mechanism to promote the effective collaboration and networking of NGOs.

The coalition will be a powerful lobbying force in relation to the European Union and also globally. Currently, children’s issues are spread across a number of EU programmes and Childpact argues that they should be drawn together as a single initiative.