Official Opening of the Centre of Social Support, Teteven 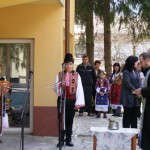 20th April, 2011 marked the official opening of the new centre of social support in Teteven that occupies the building that previously accommodated the baby home. This institution was closed during 2010 by a project team drawn from Equilibrium (EQ) and Hope and Homes for Children (HHC) in the UK

Besides guests from the local and regional authorities and social welfare agencies that included the mayor of Teteven and his deputies, the deputy district governor of Lovech, national government was represented by Dessislava Dimitrova, the deputy minister of health and Nadia Shabani, chairperson of the State Agency for Child Protection and Darinka Yankova, deputy executive director of the Agency of Social Assistance who presented the the greetings and best wishes of the minister of labour and social protection – Mr. Totiu Mladenov. Stuart Peters and Villy Angelova represented the British Embassy in Sofia. The EQ team traveled to Teteven accompanied by Mariela Licheva, head of Ruse’s Directorate of Social Assistance and was joined by Galya Bisset and Rick Foulsham, the chief executive of HHC. UNICEF was represented by Milena Harizanova and it was good to see Dessi Encheva again in her new guise as consultant to the Ministry of Health.

The opening included both the traditional Bulgarian Orthodox blessing of the new facility and music and ceremonial acts representative of local folk tradition. A buffet lunch was hosted by the director of the new complex, Anita Gabrovska.

The Centre of Social Support provides both emergency placement services for children unable to remain at home and family support services preventing children from being separated from parents and extended families. Additionally, the personnel are involved in the development and promotion of foster care in Lovech district and the training and support of local adoptive parents. 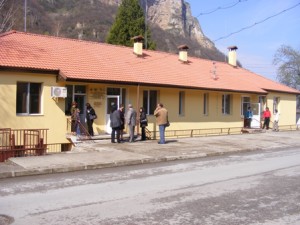 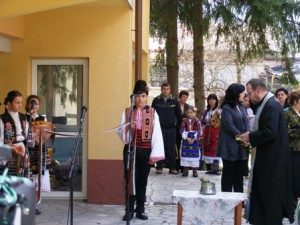 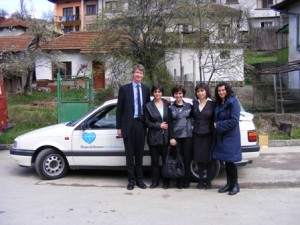