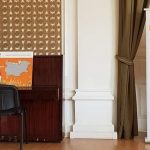 On 17th September, teams from Equilibrium and Ruse’s regional history museum launched a joint initiative – the first tactile exhibition of the city’s most emblematic cultural and historical artefacts. The event has social functions and is part of the project Tactile Workshop for Equal Opportunities in the Community, funded by Vivacom.

The event was attended by media, representatives of the Municipality of Ruse, the Ministry of Education and Science, social services, colleagues and like-minded people. The executive director and author of the project, Galia Bisset, explained the idea. The quest is to create an exhibition that provides an equal opportunity to those with visual and intellectual disabilities to touch (literally) the historical heritage of the city and works of contemporary art.

Afterwards, the guests were divided into two groups and participated in an interactive and tactile “viewing” of the exhibition. In order to feel the world of people with visual impairments and develop empathy, they all started with blindfolds and were led to the hall containing layouts of the most famous landmarks of Ruse.

By physically touching the exhibits while blindfolded, members of one group had to identify which monuments and buildings included in the exhibition were emblematic of the city. Members of the other group were asked to touch and feel  one particular sculpture from a selection and then to try to reproduce it as a sketch or with modeling clay.

Participants said that despite being supported and guided by people they trusted, they felt discomfort while blindfolded. Also, some found it difficult to recognize certain objects with just a touch, although they have the advantage of knowing them visually. Guests wondered how visually impaired people who had never seen the cultural monuments would perceive the exhibition.

The manager of the Center for Social Rehabilitation and Integration for the Blind, Valya Vladimirova, explained that the exhibition gives a unique opportunity for people with visual problems to get an idea of ​​such monumental objects by tactically examining their overall structure and details. Similarly, people with intellectual disabilities will be able to make connections between models and real objects and be connected to the history of the city and modern art.

Starting tomorrow, September 18, until September 30, anyone can join the interactive session from 10.30am to 11.30am. For the rest of the time, the exhibits are available to all visitors to the museum as touch-test layouts.

The Equilibrium team and museum educators have prepared a special interactive session for children from 5 to 12 years old to experience the joy of toddler-learning, to develop sensitivity to their peers and to reinforce their knowledge of the sights of the city while also having fun. We invite all kindergartens and schools to include in their calendar a visit to the tactile workshop for equal opportunities by submitting a request to the history museum who will be managing the exhibition after the end of the project. 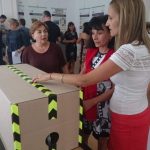 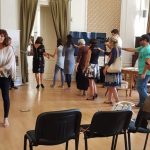 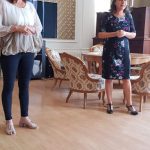 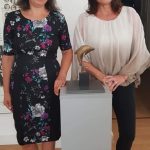 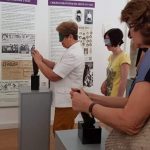 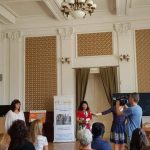 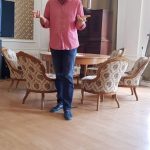 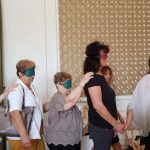 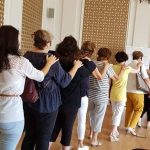