Annemarie Hoogewys, Patricia Van Ham and Griet Van de Velde from the University of Ghent, Belgium visited the Complex for Social Services for Children and Families.

The main interest of Belgian academics was the provision of perinatal care to women from marginalized and disadvantaged communities. They were aware of the experience of working with this particular target group accumulated by the personnel at the complex over a period of seven years. What were the keys to success?

This interest was prompted by a growing problem problems in Belgium linked to the recent influx of immigrants from SEE and the need to develop a specific targeted approach to the needs of Roma women of Bulgarian, Hungarian and Romanian origin for which the country’s healthcare and social welfare systems are unprepared.

They chose the Ruse complex because EQ’s chairman, David Bisset, is a consultant to the government of Flanders under its Child Poverty Action Plan. Additionally, he has discussed Roma issues with the Belgian Federal Government.

The programme of the Belgian guests included discussion with social workers and a visit at the Roma neighborhood, where they had the opportunity to have a conversation with Roma women about the prenatal support they had received from the complex.

The Belgians, who are also medical practitioners, visited the renovated Obstetrics and Gynecology department at the city hospital where they met, Dr. Radkova, the head of the Neonatology Department. They found the exchange of experience very useful and specifically the issues arising around Roma women that are common to the two countries.

The guests took part in the staff Christmas party that included a session in which all employees shared their professional highlights of 2012. This obviously provided valuable incites into work practice at the complex and the capacity of Bulgarian team to achieve so much with modest resources was identified as an inspiring example that they would carry back to Ghent. 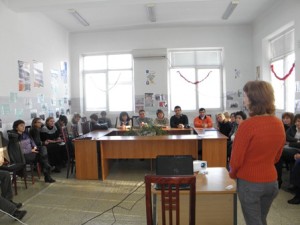 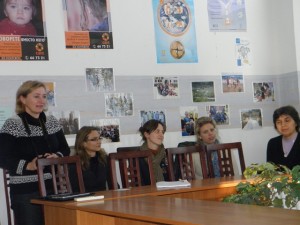 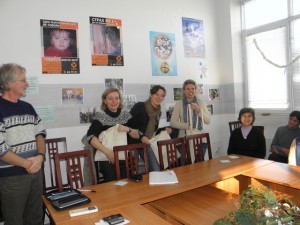