Celebrating “Friends of Adoption” at the Ruse complex 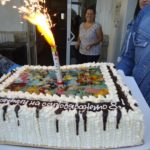 A lot of joy and fun was provided by the team of “Equilibrium” to the children who participated in the eighth “Friends of Adoption” celebration in the Complex for Social Services for Children and Families – Ruse.

All children were congratulated by the director of the Social Services Complex – Mrs. M. Vlahova and by the Head of Child Protection Department – Mrs. M. Nedelcheva. Zumba coach Vasilya Dimova encouraged children and adults to dance and play. Beauty and talent was shown by representatives from the dance formation “Ruschuk”, with chief artistic director Bogdan Donev and by the cheerleading group “Extreme” and dance studio “Impulse” with leaders Petya Boneva and Veronika Milanova. After the songs of Alex Nedelcheva, the children showed their talents – songs and poems. Everybody held hands together for the Bulgarian dance “horo” as a large and united family.

The celebrations and the cakes, without which a birthday is impossible, and the handwriting for all of them happened thanks to the donors: The Vienna sweetery “Emeia” – Elena Popova, Petkovi family, Gendzhevi family, Totevi family, Dimitrovi family, Ramadanovi family, Mr. Shakovovi, Mr. Ismail, Mr. P. Petrov, Mrs. D. Nikolova. All the children flew their balloons in the sky with their wishes. The children`s drawings on “My family” were exhibited throughout the Adoption Information Week.

The initiative is for adoptive parents, foster carers and foster parents from the permanent relief group, facilitated by a team of the Center for Public Support to the Complex, which has been in existence for more than 11 years. They also took part in the week-long discussion at the Complex for Trends and Problems related to the Adoption Process. Together with representatives of the key institutions – the Regional Social Assistance Directorate, the Social Assistance Directorate, the Child Protection Department and the “Equilibrium” team, proposals are being prepared to overcome the problems shared by almost all prospective adoptive parents and adoptive parents. The proposals will be presented at a professional forum in Sofia on October 6, organized on the initiative of the Bulgarian Association of Adopted and Adoptive Advocates, which will also include representatives such as the Ministry of Labor and Social Policy, the Ministry of Justice and the Regional Directorates of Social Assistance and others. The aim is to improve the preparation of children in the process of adoption, the support before and after the adoption itself for both children and parents so that the adaptation for both sides is as smooth as possible and free of stress and negative emotions.

The adoption week continued with open doors for all who wanted consultations with specialists in the Social Services Complex. Future and current parents of adopted children had the opportunity to meet and consult the speech therapist Stella Paseva, manager of “Logoland” center and clinical psychologist and psychotherapist Penko Dekov with years of experience in diagnosing and understanding the child’s emotional and mental world. They, as well as psychologists and social workers from the complex, welcomed the interest and questions of those wishing to receive more information about the preparation, the process of adoption and the support during the cohabitation of a child – parents throughout and after the adaptation process.

On September 27, 2017, adoptive parents and parents of adopted children attended the new Family Center of “Equilibrium”, where kids and adults had fun together in the world of early childhood.

The week ended symbolically with the wonderful initiative of prospective adopters and parents of adopted children who planted not one, not two, but three oak trees – a symbol of life, stability and sustainability. That was a way for the “Friends of Adoption” initiative to leave a trail in the yard of the Complex in Ruse. 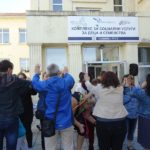 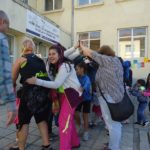 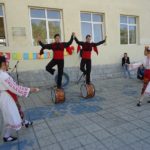 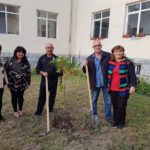 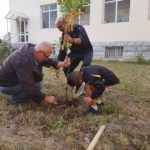 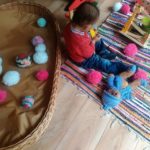 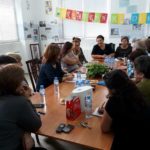 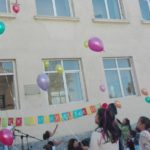 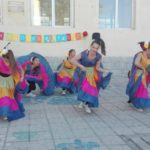 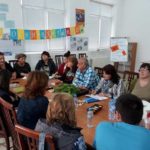 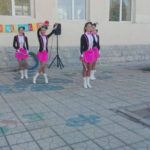 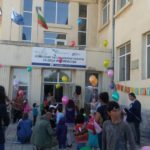 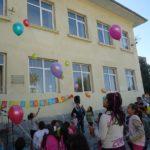