Child-led Festivities in the Village of Dryanovets 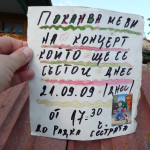 Many Bulgarian youngsters spend their summer holidays in rural villages with their grandparents while mums and dads work in the cities.

The EQ ‘junior contingent’ decamps from Ruse to Dryanovets about 45 miles away. There the Ruse team joins a group of youngsters from other northeastern cities who share the task of entertaining themselves on a day-to-day basis.

At the start of August, 2009 two budding events organizers, Annie and Sasho, both aged 12, took the bull by the horns, and with the blessing of the village mayoress, planned and staged a performance at the small community hall. The invited audience – kids, grandparents and a sprinkling of farmers – was treated to a talent contest, music, dance and cabaret. Annie’s older brother, Vihren, acted as cameraman and commentator and his footage shows a foot-tapping audience singing along and really getting into the swing of things. 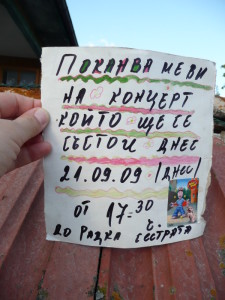 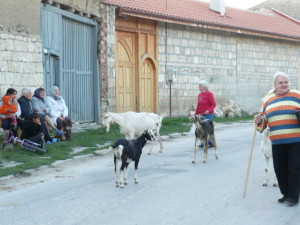 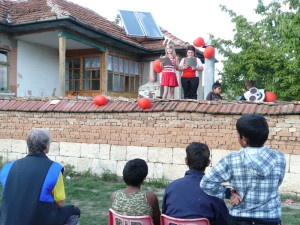