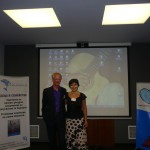 Events staged on 27th and 28th July, represented the culmination of the project – ‘Restructuring of the Home for Medical and Social Care for Children in Teteven and development of alternative services for children and families (Centre of Social Support)’

undertaken by Equilibrium and Hope and Homes for Children (HHC) with the financial support of the Bulgarian Abandoned Children&rsquo;s Trust (UK), sponsorship from Sandvik (BG) and on the basis of memoranda of agreement with Teteven municipal authority and the Ministry of Health and Ministry of Labour and Social Policy and the State Agency for Child Protection. The events took place in Teteven and Sofia to support the launch of a brochure published in Bulgarian and English and a film prepared by EQ’s media partners – Arena Media – that movingly tells the story of the closure programme from start to finish. The ‘pocket-sized’ package – brochure and film – is called ‘Transforming Lives’ and it briefly describes the closure model covering the operational outline, significant financial and management criteria and key learning points. The film’s duration is 30 minutes and it combines footage of milestones in the projects development (including the official opening of the new Centre of Social Support – CSS) with interviews with key stakeholders and project beneficiaries.

Teteven municipal hall was the venue for the first public presentation hosted by the town&rsquo;s deputy mayor, Boris Vrabevski. It was fitting that the film was premiered in Teteven as it features &lsquo;local heroes&rsquo; whose courage and commitment made the closure of the baby institution possible. A great deal is owed to the mayor of Teteven, Nikolay Pavlov and his deputies, the district Directorate of Social Assistance and the team from the Child Protection Department. Similarly, the project has impacted significantly on the working lives of the institution staff some of whom now occupy roles in the Centre of Social Support. The operations of the new facility were featured in a short presentation given by the psychologist at the CSS while the audience were left in no doubt about the emotional investment of Petya Chikulova, the key social worker whose personal contribution to the project is inestimable. The local coordinator for the programme, Tsvetan Dimitrov, was also among the audience on the 27th and we are pleased that he was among a small group from Teteven who traveled to Sofia for the second event.

The Teteven event was filmed by Arena Media.

An invited audience of roughly sixty people joined us at the Best Western City Hotel to help celebrate the culmination of the Teteven closure programme. The event was hosted by Galina Bisset, Regional manager for Central and Eastern Europe at HHC and facilitated by Georgi Simeonov, who is the programme director for HHC in Bulgaria.

The British embassy in Sofia has provided strong support to the project since its inception and Stuart Peters, deputy ambassador, opened the event by voicing the congratulations of both the embassy team and the British government to all those actively involved in Bulgaria’s deinstitutionalization programme.

The programme featured the following presentations –

The event ended with a question-and-answer session facilitated by Georgi Simeonov who also outlined HHC’s role in the unfolding deinstitutionalization programme and that organisation’s reason for opening a representative office in Bulgaria.

Equilibrium is committed to continuing to provide technical assistance in the development of community based services. Our friends at Arena Media will continue to help us keep a visual archive of this groundbreaking work. 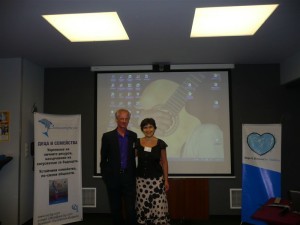 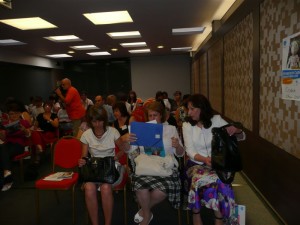 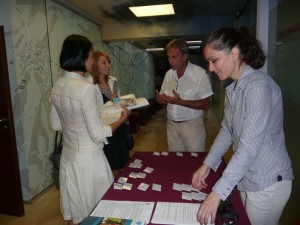