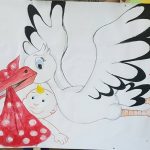 For eight years in the Complex for Social Services for Children and Families in Ruse, there is a parent group of adopters and future adoptive parents, part of which is the children’s holiday “Friends of adoption”. Its mission is to encourage parents not to create a secret of adoption and to talk openly with their children; about their origins and history and to join the cause and people who are not directly related to the subject, but with their positive attitude to help a more tolerant perception!

In the initiative of the Bulgarian Association “Adopted and Adopters” – “Stork day” for the first time included the Complex for Social Services for Children and Families – Ruse. The “Stork day” event: this is the day on which the adopted child has come or is about to come to the home of his adoptive parents. This is the day on which the child becomes a part of the family and a part of the new parent`s HEARTS. It was marked on April 29th, 2018(Sunday) from 10:00 to 12:00 o`clock in the “Lipnik” forest park, with the participation of adopted children and their parents; future adopters and external professionals, working with adopters. The event was a children’s celebration – a picnic with treats, fun and games for children and parents. The babies saw their parents in a different role, and the adults remembered the carelessness and the pursuit of curiosity about the colorful and inviting world. With together games such as “Burn, burn towel”, “Find a treasure” and “Guess your mother”, the kids enjoyed and competed with parents and future adopters.

Everyone received a gift from the Dimitrov family, for the memory of the first “Stork Day” – a stork keychain and a bracelet with a star for each child – a symbol of the light they bring to their families. The participants did not forget to record on the poster, which is the symbol of the event “A Stork Child-bearing”, their individual dates of the “Stork Days” and the names of the children –     the stars that lit their life. The event has been promised to become an annual tradition!

At the end there were many photos, a lot of talks, laughs, fun and a cake with fireworks! 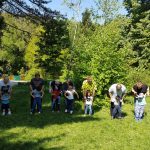 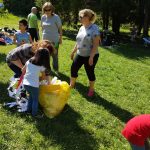 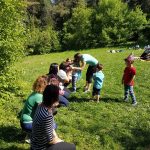