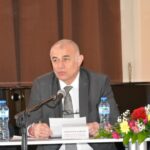 On 18th March, A forum was held in Ruse as an undertaking of the municipal authority – “Social Policies – New Opportunities, New Responsibilities for Development of the Regional Potential for Economic Social Social Services and Social Innovation”.

Official guests included the Minister of Labour and Social Policy Mr. Goekov, Deputy Secret Ministry Minister Mr. Krastev, Mr. Milkov – Mayor of Ruse Municipality, representatives of the Agency for Social Assistance and the Agency for the Quality of Social Services. In the hall there were many representatives of neighboring municipalities and districts – Veliko Tarnovo, Targovishte, Silistra, Razgrad and others.

As one among 11 providers of social services in Ruse district, we were invited by the municipality to provide a presentation revealing the NGO’s point of view. Elena Petkova – our Programmes Director – explained EQ’s local role as the largest provider of social services for children and families at risk but also referred to the key role of Equilibrium at national level. EQ is a member of the Council for the Development of Civil Society at the Council of Ministers, working groups at the State Agency for Child 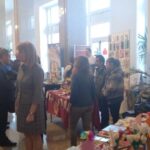 Protection, the National Alliance for Social Responsibility, in a National Network of Children, as a founding and a member of Childhood 2025 Coalition – with a key role In the process of deinstitutionalization, as well as an exceptional role in the Working Group on the preparation of the framework for the Social Services Act. All this is of great importance, Mrs. Petkova said, because thus we can influence and change national children’s care policies from the bottom. “Who knows better than an organisation who has been active in the sector for 18 years?”

Elena also itemised important issues relating to the new regulatory basis, namely how the new financial standards will be formed for the new services under Art. 15. She insisted on the involvement of the NGO sector in this process, as it is extremely important that, at long last, social workers and other specialists, receive a proper professional wage as well as sufficient funds to support to all the children and families we care for. She also pointed out that it is important to include NGOs providers of social services in the preparation of the new social services map in the country.

Deputy Minister Krastev addressed the issues raised, and the Minister, Mr. Goekov, paid a visit to Equilibrium’s display of crafts set among the fundraisers in the lobby.

We thank the Municipality of Ruse for providing the opportunity for EQ to represent the non-governmental sector and other providers of social services.