“Equilibrium” takes active part in the national campaign of the National Network for Children “Who is responsible for child and family policies in Bulgaria?” 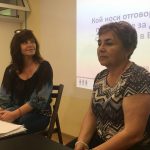 A press conference was held on 28th May, 2019 in EQ’s family centre. The event in Ruse is part of the national campaign “Who is responsible for child and family policies in Bulgaria?” , initiated by the National Network for Children.

The objective is to start a discussion on issues that have caused concern for the entire society in Bulgaria the last couple of months. These are children and families and the systems related thereto.

“A debate needs to be started on who is responsible for all policies concerning children and families”. With these words, Elena Petkova, chairman of Equilibrium, opened the meeting. It was dedicated to the ways the social and child protection systems in Bulgaria work. The National Network for Children, in which EQ is a member, offers its own perspective on solving the problems.

In the last couple of months a lot has been said about how children and families live in Bulgaria, what they need, and what they are afraid of. These are children, who live with their parents and those, who don’t for some reason or other. There has been discussion on issues and problems that parents face and the ways they cope with them. A lot is said – there are many different voices that are very often accusatory and divide people.

This needs to be done with a public debate, says Petkova, because the practice shows that in Bulgaria we need deep structural reform. We need leadership – a person or an institution that will take the responsibility. Currently, everything is torn apart and there is no unity, added Elena Petkova.

Svetla Mejri, the director of the complex for social services, referred to a case from her practice – a mother who wants to abandon her newborn, who is with severe visual impairment. After successful / productive conversations the mother takes her baby back. Another family covers part of the costs for the treatment of the child in Belgium. Currently, the baby is being taken care of by the grandmother, and the therapy shows positive results.

The public unrest during the last few months proves that a broad public debate is needed, in a bottom-up manner on issues, concerning children and families in Bulgaria. The NGO sector started asking these questions long ago, seeing them as our country’s real priority. We very much hope that these discussions on the subject will turn into a constructive dialogue so that the voice of those, working in the social system, is heard as well as that of the parents, the representatives of the other systems – health, educational, judicial, financial, etc. Decisions need to be taken. They must put the child and the family in the centre while not only talking but also making meaningful policies in this direction.

Equilibrium will continue to raise these issues through the voice of the media with a series of publications and broadcasts so that the real problems on the subject of children and families in Bulgaria are heard.

The National Network for Children in Bulgaria unites 152 organizations that work with children and families. Last year alone, 74 000 children and their families were supported by the organizations, which are part of the Network. 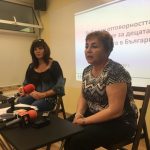 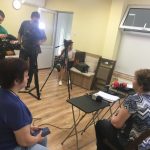 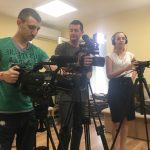