On 16th May, 2019 Equilibrium and Arena media showed the audience in Ruse the film “Azbuka” (“Alphabet”). 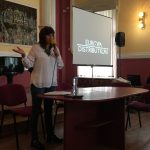 The film is provided by the Goethe Institute, and the event is one of several screenings around the country during May.

The event is part of the National Film Festival for Documentaries “The (im)possible education” of the Society for Democratic Education.

The objective is to focus on alternative forms of education and to provoke debate about the advantages and challenges that education faces in the changing society on a global scale.

The film “Alphabet” in Ruse attracted more than 40 viewers who took active part in the discussion that followed.

This initiative of Equilibrium and Arena media was absolutely free of charge and it was provoked by parental interest in education reform.

The film raises many important questions about how adequate the educational system is on a global scale as it has been functioning since the industrial revolution and reflects priorities from that era. However, nowadays we need schools to meet different needs – those of the contemporary world. The film shows very strong examples from the Chinese, German, French and British educational systems. The examples demonstrate the huge levels of stress children are exposed to, resulting from the enormous competition and competitive environment that starts in kindergarten. Neuroscience and an increasing body of research show how children are born geniuses (large-scale study of divergent thinking) – from 0 to 3 years 98 % of the children are geniuses in this respect and after 25 years (already educated!) only 2% of them demonstrate ability for creative decisions.

The debate after the projection of the film involved parents, teachers and other experts. Everybody agreed that huge and dramatic change is needed on a global scale and no matter how hard it is, it needs to be started with small steps in the right direction.

Equilibrium and Arena media have been working in the areas of early childhood development and education for some time and are leading advocates for change.. 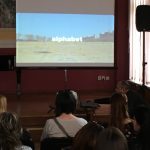 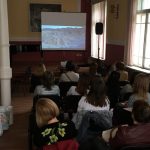 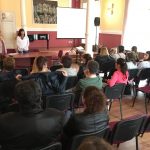