On 26 september, the Ruse complex hosted an event on the national information day for adoption 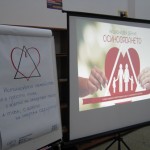 This was the first time the initiative has been undertaken in Bulgaria and the idea of designating 26 September as a point of focus on adoption came from the Bulgarian Association for Adoption and Adoptive Parents and the National Network for Children.

On the day in question, those who wanted to adopt a child or had already done sohad the opportunity to visit any of 15 host facilities spread across the country.

The programme started with a press conference attended by several experienced adoptive parents who shared the joys, difficulties and challenges associated with the process. They answered questions from the media relating to the length of the procedures, the difficulties before and after the period of adoption. These parents countered the prevailing belief that the process is too protracted so that it can extend over a period of years. They pointed out that lengthy delays often resulted from the unrealistic expectations / demands of prospective parents who searched for the ideal child.

The main goal of the information day was to overcome negative attitudes and correct public misinformation.

Since the beginning of 2006, the Ruse complex has facilitated a support group for biological parents, prospective adoptive parents and adoptive parents. This provides the opportunity for the exchange of experience and improvement of training methods.

In 2013 the Agency for Social Assistance introduced the requirement for basic training of prospective adoptive parents which is a part of the formal preparation process. The Ruse complex is experienced and well-equipped for the training of the groups targeted by the Social Assistance Directorate where those wishing to adopt a child must submit their application and attach relevant documents.

Since 2011 over 100 adoptive families have been trained at the complex and 190 adoptions supported. Besides the provision of training, we act as an adoption advice and support centre.

The team psychologist, Yana Vasileva pointed out that prejudice against adoption has eroded over the past eight years. This was confirmed during the fifth successive annual meeting of “Friends of Adoption” as the initiative of parents / adoptive parents which was hosted at the complex on 26th September. 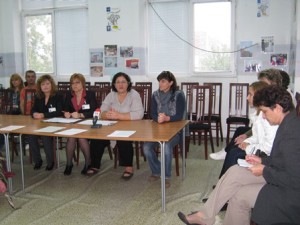 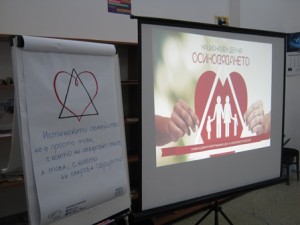