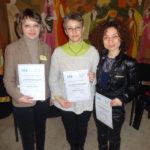 The project aims at the development of the school as a community and its transformation into an open and multifunctional centre.

The purpose of the project is for the children and the pedagogical staff in these schools to achieve the best possible results, to feel valued, to have trust, shared values and partnerships with parents, NGOs, businesses, institutions and other stakeholders that are part of the community. The first stage of the project started during the autumn of 2014 when 13 schools throughout the country took part. During the autumn of 2016 the project entered its second stage in which 20 new Bulgarian schools are included. In this way, 33 schools throughout the country are covered. The project ends in May, 2018 with the possibility of continuation and broadening of the range of activities on the basis of the results shown during the development of the model in this period.

One of the changes in the way of organization and support of the schools during the second stage of the project is the transfer from an individual moderator to an organization which is a member of the National Network for Children which will support the work of the schools and the aim will be to maximize the opportunities for the schools by using all resources of the organization and the NNC as well as to contribute to sharing experience, learning, good practices and the project’s sustainability as a whole.

In the period 20 January – 24 January, 2017 a representative of our organization took part in induction training under the project: “Schools as centres of community” of the NNC. During the five-day induction training 53 participants, representatives of schools and NGOs that support them, got acquainted with the philosophy and vision of the project and received guidance for the oncoming activities. The shared information from the moderators who took part in the first stage of the project was extremely useful for the new participants.

The inclusion of Equilibrium aims at multiplying the experience of the organization that is being gained for over 15 years in the field of formal and informal education so that the Bulgarian schools can turn into space that motivates children, create possibilities for them so they can develop the best they can and makes thinking individuals and not a mass of young people who simply tolerate what is happening or who run away from reality (and from the country).

Equilibrium was chosen as a partner organization by Hristo Botev Primary School in Kubrat. A moderator on the part of the organization will be Plamena Stefanova (a manager of the two small-group homes “Love” and “Hope”) and who has been part of the team for over 10 years now and has experience in social work and programs and campaigns which Equilibrium has been running for years in many schools in Ruse. 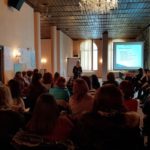 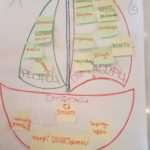