Participation of volunteers from “Equilibrium” at the spring meeting of “Megaphone” 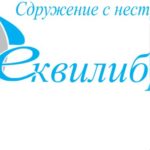 A volunteer from Equilibrium, Raya Dimitrova, took part in the spring meeting of Megaphone accompanied by our psychologist, Alexander Panayotov.

Megaphone is a youth network, which is a part of the National Network for Children. It helps children understand their rights and to become young advocates.

During the event, the young participants helped prepare for the National Network’s AGM scheduled for June. The teenagers developed an understanding of their role in developing the annual publication on the performance of the government that “awards marks” for fulfillment of commitments and promises. Additionally, the youngsters made their nominations for the “Golden Apple” award that goes to someone who has made an outstanding contribution in the world of childcare.

Raya has been given the task of creating a promotional video linked to publication on government performance.

During the three days of the spring meeting,  young volunteers from all over the country took part in sessions on teamwork, expressing opinions etc.

This is what Raya herself said about the event: “The facilitators organized a serious “big” game for the building of a “Town of Megaphone”, which in my opinion combined everything needed in order to pull together such a unique team of younger people and adults. The game also showed how it is important to understand the different perspectives of young people who are pursuing the same goal.

It was useful for me to take part in the group discussions that tried to provide a solution that everyone could agree on so that we could complete our mission. The emphasis was on collaboration between adults with experience and young people with ideas. We can start making the changes needed for the younger generations only by combining their unique skills.

Until May, I am working on a personal project which is to be discussed with the team from Equilibrium. I have to shoot a video and present it to the National Network for Children. The purpose of the video is to present an issue for the young people of Ruse and a solution to it. I can`t wait for the annual meeting in June.”