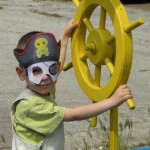 On June 1, 2011 a pirate ship full of scary seamen in all sizes went ashore and stopped in the Complex.

They had come in search of mythical treasures. Instead, they bumped into Clever Peter with a bag full of riddles accompanied by lots of children dressed in bright folk costumes, who had arrived on a donkey cart to celebrate the Children’s National Day. Clever Peter quizzed the audience and gave bags of treats to those who had the wit to guess the answers. The local children sang and danced charming the pirates and the numerous spectators. Clowns, acrobats, gymnasts and jazz-ballet dancers added colour, variety and laughter. The audience applauded the young actors and joined spontaneously in the dancing and singing. The pirates came across a piece of a treasure map and followed the clues. However, they already knew in their hearts that they had found what they had came for – impressed by the games, talents and fun the pirates understood that The Children Are The Biggest Treasure In The World. This was confirmed by the message created by piecing together the treasure map.

At the end, as the Old Bulgarian tradition demands, children, pirates and guests shared a big colourful cake and sweets. Our guests were many parents and relatives of the young actors, foster families, children from the neighbourhood, young friends from RALIZ Day Care Centre and our special children from the Pink House.

The pirate raid was plotted by children from the Complex, students from the tourism school, Arena Media, Open Society Club and friends from BMST NGO. Congratulations for the highly original script, expert directing, brilliant animation and heartfelt performances, as well as for unique improvisations!

We’d like to thank our sponsors who responded to our appeal for finding suitable resources for a non-traditional adventure playground. We acquired two fishing boats – one donated by Ruse Yacht Club, with support by Mr. Boyko Nikifirov and the other one – by BAUMAN building company, supplied kindly by Mr. Rosen Todorov. The donkey cart and tractor tyres that we use for sandpits were provided by Equilibrium members.

The playground will be expanded during the course of the summer. We have already planned a busy outdoor summer programme for the children with emphasis on the new adventure playground. 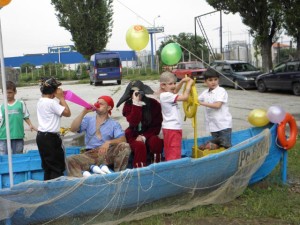 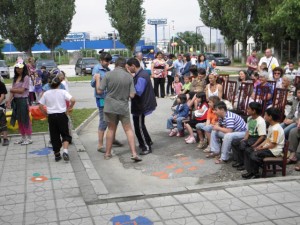 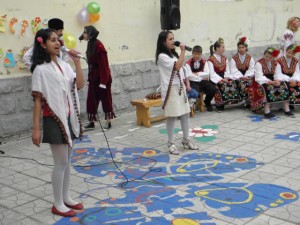