The story of two bothers: Ivaylo and Miroslav 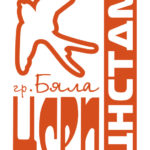 My name is Stoyana Cekova, I`m 45 year old and I live in a small town near Ruse. Since the birth of my two boys Ivaylo(26) and Miroslav(15) I have spent a great deal of time in hospitals.

Ivaylo was born at a time when there was no modern technology for monitoring the pregnancy. At the time of his birth nobody told me that he had disabilities. But my father heard from his close friends from the hospital about how he has suffered a stroke from stress. He passed away two days later without saying anything.

Later on, when the child`s development slowed, we started to go to doctors. He had to operations on his brain which is severely damaged. His condition was never properly diagnosed.

I didn`t want another child because I was afraid that he we also be disabled. But after 11 years I thought otherwise. I got pregnant and I started going every month to Sofia and my pregnancy was monitored by a gynecologist and they did clinical genetic tests. They told me that everything was fine. I believed the doctors so much that if there is a problem they will fix it…The birth was regular but the same neonatologist didn`t have the courage to tell me that my second child also has problems. When he was six month his movements begin to slow down and again we started going from hospital to hospital.

Now the bigger brother is 26. He wears pampers in bed and not able to walk. He doesn`t talk and I dress and undress him and I give him showers. The younger brother started walking at the age of nine. He walks but everything else is the same. They are both totally dependent on me 24/7.

My mother in law helps me and my husband drives a lorry outside of Bulgaria in order to help with the high costs of care. Our whole life is dedicated to the children. Not for one second did we think about abandoning them, but the government isn’t helping at all. We have never been on vacation. I work on a half-day basis as an accountant and that is why I am not given benefits as a full-time carer. But the work helps – we stay sane.

Things changed when a Centre for social rehabilitation and integration opened in Ruse. The place is managed by Equilibrium. Miroslav started going to the centre. For him this is change, a distraction. At the centre he receives the special education that all children like him need. The staff is very nice to the children. I hope that the centre will continue to work and help me take care of my children and to carry my burden.