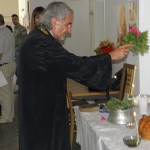 A specialized unit – blue room – has been installed to permit the sensitive interviewing of child victims and / or witnesses of violence.

It was officially opened by the district governor and mayor of Ruse, supported by their deputies and the president of the city council, the director of social services and representatives of the local and regional child protection bodies.

The opening was attended by many official guests – representatives of childcare organizations and institutions.

Installation of the blue room is implemented under an agreement between Ruse Municipality and the Institute for Social Activities and Practices (SAPI) funded by the Oak Foundation, Switzerland, under the programme “Hear the Child” II.

The facility was furnished by Equilibrium who organised and hosted the event together with a round-table on “An Innovative approach to interviewing children – victims / witnesses of violence.”

Judge Mariana Shoteva from the district court in Pazardzhik presented draft standards for the interrogation of minors and Dr. Nadia Stoykova of SAPI gave a presentation on the participation of children in legal procedures.

Other participants in the round-table included were senior representatives of Ruse district court, prosecutors, police investigators, DPS inspector and the specialist team from the complex (two psychologists and two social workers) who underwent intensive training in recent months to work in the specialized area child victims and / or witnesses of violence.

Participants discussed practical issues related to the process of blue room interviews and the need for further changes to the Code of Criminal Procedure as laid down in 2010 and 2012 the inadequacy of which raises concerns among court officials and prosecutors.

Those experts from SAPI provided many examples to help explain to the local judiciary how the room can and should be used without being in breach of this legislation making reference to the EC directives that make this possible. 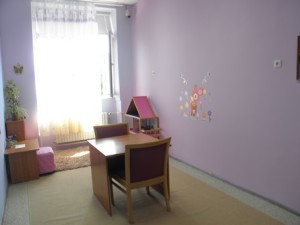 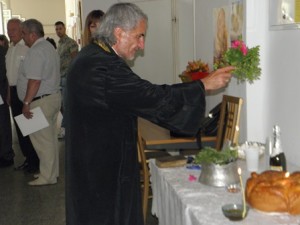