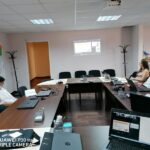 During the autumn months, an Equilibrium team will continue to support the working relationship between VIA University College in Denmark and “Brothers Grimm” kindergarten in Sofia.

We are half-way through the programme and progress has depended on refining the way all participants operate from remote locations using Zoom technology. This is no easy task when you consider that VIA personnel and EQ interpreters need to link up with as many as nine teams from the kindergarten during the working day when most locations in the building are full of children.

Subjects covered so far were further work on encouraging the motor development of children with a special emphasis on outdoor activity and Music with Children: Activities in Theory and Practice with a focus on encouraging the use of musical instruments and methods of incorporating music and song into those periods of transition that come between more formal sessions or between group activities and periods of free play, meal times or nap times. The most significant transitions are the moments of arrival at the kindergarten and departure at the end of the day.

An important idea in Danish early years’ pedagogy is that lessons continue outside the boundaries of the sessions structured and delivered by pedagogues. The children are not only pupils or group members, they are little individuals and teachers should act accordingly by placing themselves “behind” children as passive observers or alongside children as helpers or guides.

An important message incorporated into both sessions was the virtue of allowing the mood and imagination of children to guide the development of song, dance and physical movement even when there are lessons embedded into the activities. There should be scope for improvisation. Indeed, improvisation is part of a theoretical framework regarding the 4 ways in which children engage in a (musical) activity.

Reception: There is little visible reaction but you can tell that the child is engaged

Imitation: The child is starting to copy aspects of the activity but has not fully grasped the overall “meaning”

Identification: Eureka. The child has grasped the full meaning and has started to participate wholeheartedly

Elaboration: The child develops her / his personal “style” of participation and has become capable of inventing new variations

Children need to move. In a very real sense, they “learn through their bodies” and many commentators oppose too heavy a focus of desk-based activity (e.g. workbooks) before the age of 7. In the context of the project, we are exploring ways of providing children aged 4 to 7 with “energizer” activity involving physical movement during breaks in the lessons. Additionally, the outdoor play area is being re-designed to promote more adventurous forms of activity and we seek funding to make this renovation a reality. 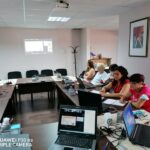 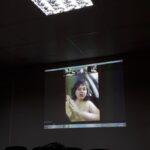 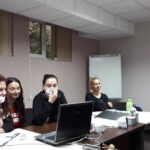 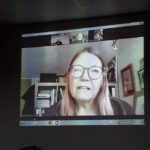 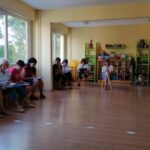