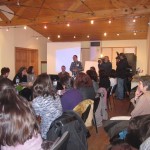 Between 12th and 14th March 2012, the Karin Dom Foundation hosted a final conference for those organizations working on the project Development of the Early Intervention Service for Children with Special Needs in the Local Communities.

The conference was opened by Prof. Hristo Bozov, Deputy Mayor of Varna. Then Sevdzhihan Eyubova, a clinical psychologist at the hospital in Shumen, gave a presentation about “Synectica in Early Intervention or for the Different Approaches to the Common Goal”.

The conference ended with a workshop on Groups for Play – additional service by Early Intervention programme.

A professional forum took place on 28th and 29th of February 2012 in Grand Hotel Sofia which was organized by the Bulgarian Association for People with Intellectual Disabilities (BAPID) on the theme Early Intervention – Basic Steps and Challenges.

The forum was designed for experts, working in the field of early intervention, whose aim is to develop and to offer to the functional service in the context of the Bulgarian government’s deinstitutionalization programme.

The programme for the second day involved four parallel sessions: early intervention working model, relevant professional competences, the role of parents and professional standards. The participants discussed and approved the guidelines to local authorities on the development and implementation of a management structure and policies for the services for children with disabilities and also the requisite profile and improved qualifications of the multidisciplinary teams working in the area of early intervention. 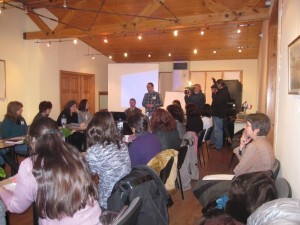 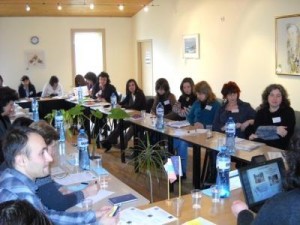 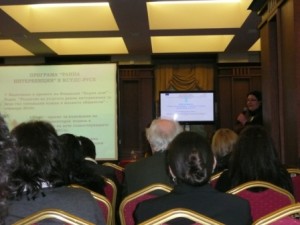