An international conference in Amsterdam 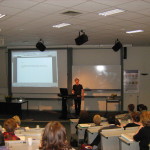 EQ team attended an international conference in Amsterdam. 2010 is the European Year for Combating Poverty and Social Exclusion.

In this context, the international network known as COPORE (Competencies for Poverty Reduction) has been involved in a large project involving 14 partners. Included in this number is Ruse University.

A team of students from the university have been taking part in an international competition under the banner of Competencies for Poverty Reduction and this team was among the group of finalists from 5 universities / institutions that were invited to make presentations at a conference in Amsterdam that took place on 23rd / 24th April. The Ruse team shared first place in the competition with the University of Coruna in Spain.

The university team was accompanied at the conference by David Bisset, EQ’s chief executive and Dessislava Encheva, the operations director of KSUDS. Running in parallel with the student project was a competition for those actually working in the field of poverty reduction. Nine different organizations attended the conference to present a variety of models of best professional practice and EQ was among that number. David and Dessie presented the work of KSUDS under the title – “Creating a Centre of Excellence in the Delivery of Integrated Social Services”. The Ruse model was presented along with models from Belgium, Greece, the Netherlands, the UK, Albania and Spain.

The conference took place in Hogeschool van Amsterdam and it included representatives from 27 countries (mainly Europe) – academics and other professionals from the spheres of healthcare, education and social welfare who together have something constructive to say about tackling the effects of poverty.

The event took place in 5 sections–

By way of example, David acted as spokesman for his discussion group that included 3 professors (from Belgium, the Netherlands and South Africa). They were asked to define the key competencies for an interdisciplinary approach in social and health care to prevent / combat poverty. 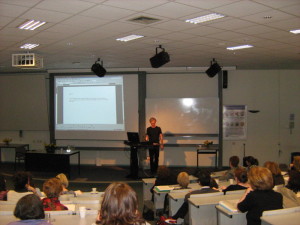 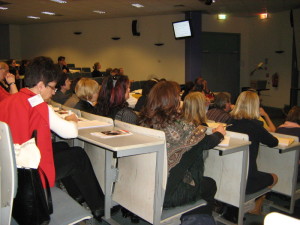 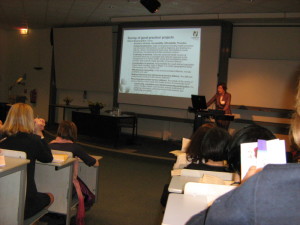